Compared with the Critique of Political Economy, Capital’s opening exposition is much clearer and more powerful, due in large part to the category of ‘intrinsic value’ which Marx introduces. Commodities have an intrinsic value which is expressed in exchange value. Value is different than use-value and exchange value. It is a 3rd thing.

To establish what this 3rd thing is Marx makes some basic but powerful observations. “But clearly, the exchange relation of commodities is characterized precisely by its abstraction from their use-values.” (127) Here “abstraction” refers to a material process as well as a process of eliminating non-essential characteristics to arrive at characteristics/elements that are essential. “If we disregard the use-value of commodities only one property remains, that of being products of labor.” (128) But if we abstract from the use-value of the commodities we must also “abstract from the material constituent and forms which make it a use-value.” In other words, if use-value is inessential to value then so is any aspect of labor which accounts for the specific usefulness of the commodity. (While Marx says “we” must abstract it should be clear that he is still following the actual material logic of commodities themselves and not just performing a mental experiment.) This abstraction “entails the disappearance of the different concrete forms of labor,” leaving us with “labor-power expended without regard to the form of its expenditure.” This is abstract labor.

It may be useful to repeat a few points from the above summary just to make it clear what Marx is saying. Abstract labor is “labor-power expended without regard to the form of its expenditure.” This means that abstract labor refers to an aspect of actual human labor. “Concrete labor” refers to the aspect of labor which accounts for different use-values. Concrete labor does not refer to all aspects of the material labor process. It only refers to those aspects which account for the heterogeneous use-values of commodities. This seems very clear from the steps in Marx’s method of abstraction here. I point this out because I believe that confusion creeps into conversations about concrete and abstract labor because people (and I myself have been confused on this point) often think that concrete labor refers to all physical aspects of the labor process while abstract labor refers to some loose metaphor for the social nature of labor. It seems clear from a careful reading of these opening paragraphs of Capital that this is not how Marx is using the terms ‘abstract’ and ‘concrete.’ 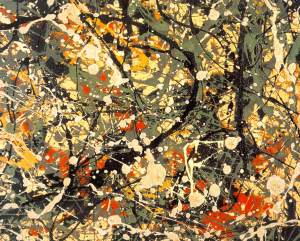 Marx says that exchange-value is the necessary mode of appearance of this value but before getting into this appearance he first finds it important to spend some time investigating “value independent of its form of appearance.” He can do this because value exists outside of its form of appearance. But this existence isn’t an ideal existence. It is a real material existence. It is the abstract labor time that is materialized in commodities. Thus it can be examined on its own without devolving into idealistic philosophical reflection.

After saying that the magnitude of value is determined by the duration of labor time Marx moves onto the category of Socially Necessary Labor Time (SNLT). “However, the labor that forms the substance of value is equal human labor, the expenditure of identical human labor power.” What makes this labor identical is not that everyone works at exactly the same level of productivity. What makes the labor identical is that the labor only counts as social labor, “to the extent that it has the character of a socially average unit of labor.” Marx’s example of the English hand-loom weaver makes this clear. The introduction of power-looms halved the amount of labor time required to make a quantity of fabric. Thus the hand-loom weavers had to sell their product at the new price set by the power-looms even though they could only produce at half the efficiency of the new technology. Only half of their labor counted as social. This is how SNLT makes all labor identical.

Stepping back from the text for a moment, it seems that SNLT introduces a further aspect of capitalist labor in addition to the insights given by abstract labor. Abstract labor explains the commensurability of commodities due to the reduction of all labor to an abstract expenditure of human effort. Since all labors share the same abstract quality, the commodities which serve as the embodiments of this abstract labor all share the same essential substance. SNLT explains how different labor, operating at different levels of productivity, can be treated as identical human labor and thus form the substance of value as an undifferentiated magnitude.

Then comes the section on the ‘Dual Character of Labor Embodied in Commodities’. Marx says that this two-fold nature is “crucial to an understanding of political economy, and requires further elucidation.”

The paragraphs on concrete labor are an expansion upon what Marx has already said earlier in the chapter. To make different use-values we need different types of labors. These heterogeneous labors correspond to the division of labor. The division of labor is not specific to capitalism nor is use-value-creating labor. Use-values cannot confront each other as commodities unless they are different and thus the product of different labors.

Turning to the “homogenous substance” which forms the value of commodities Marx says we must “leave aside the determinate quality of productive activity, and therefor the useful character of labor,” so that what remains is “an expenditure of human energy”.

“Tailoring and weaving, though qualitatively different productive activities, are each a productive expenditure of human brains, nerves, and muscles, and in this sense are human labour. They are but two different modes of expending human labour power. Of course, this labour power, which remains the same under all its modifications, must have attained a certain pitch of development before it can be expended in a multiplicity of modes. But the value of a commodity represents human labour in the abstract, the expenditure of human labour in general.” (p.134)

As in the CPE there is a very close connection between abstract labor and simple labor, “It is the expenditure of simple labour power, i.e., of the labour power which, on an average, apart from any special development, exists in the organism of every ordinary individual.” (p.135) Here though, unlike the CPE, Marx does not immediately allude to changes in the labor process in capitalism which bring about this deskilling.

Here Marx clearly identifies abstract labor with the equality of labors. He has already explained what forces create this equality. The reduction of labor to simple labor makes private labors qualitatively the same. Socially Necessary Labor Time treats labors as quantitatively the same. These two forces together allow for an equality of labor so that labor can be considered in its most abstract sense, “an expenditure of human labor power in the physiological sense”. Concrete labor does not refer to all physical aspects of the labor process. It refers to those aspects of labor that account for the unique use-values of commodities.

Section 3 on “The Form of Value or Exchange-value

Just as the last section discussed the dual nature of labor this section starts by reminding us that commodities have a dual nature: their natural form which corresponds to their use-value, and a social form which corresponds to their value. Since value is social it only appears in the relation between commodities. This form of appearance is the value-form, or money-form. Marx will show that the money form is only a developed form of the commodity-commodity relation, thus firmly situating the value-form, and thus the theory of money, within the theory of the commodity. The invisible opponents here are Proudhon and his followers like Darimon who sought to alleviate the social ills of capitalism by getting rid of money without getting rid of commodity production. By establishing the necessity of the money-form to commodity production Marx shows the silliness of the entire Proudhonian conception.

Passages like this make is sound as if the process of equating two commodities is also the process which carries out the reduction of labor to abstract labor:

This, I believe sums up most of the relevant material from Chapter 1 as it relates to abstract labor. I have found this useful in making sense of the Critique of Political Economy and the Grundrisse, where in the past it seemed to me as if there coexisted two different lines of thought as to the relation of concrete to abstract labor. It seems clearer, after a closer re-reading of Chapt 1 of Capital, that the explorations of the general equivalent in the CPE and Grundrisse were not meant to make a claim that the exchange of commodities for money was what made labor abstract, or created value. Rather, the analysis of the value form is meant to explain how the pre-existing value of commodities is necessarily expressed in a use-value independent of the commodity, a use-value which is the socially recognized embodiment of general human labor.